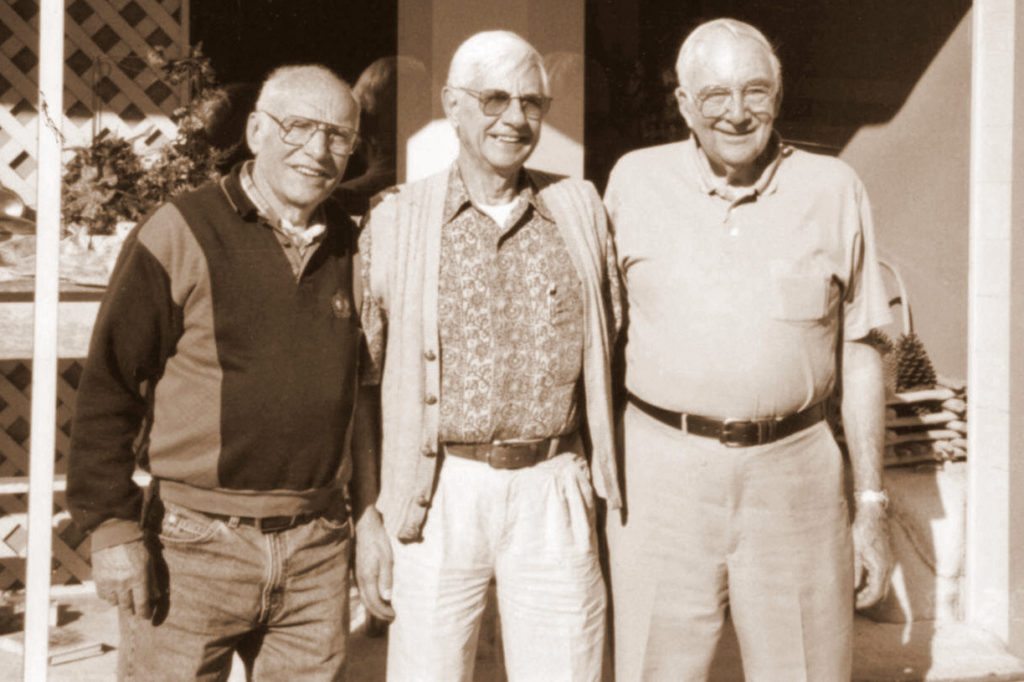 We are sad to report the passing of Seth Young, the last surviving founder of Enoch Precision Machining.  Seth grew up in Portland, Oregon, where he graduated from Franklin High School and Multnomah Jr. College.

His machining career started with Leupold & Stevens, Inc., before he enlisted in the U.S. Army in 1943, serving our country as a Combat Engineer until the end of the war. After World War II he worked for four years at Bruce Morrison Heating and Contracting Engineers while starting the Enoch Manufacturing Company with two brothers-in-law in 1949.

For decades, Seth played a pivotal role as Enoch’s leader, shaping not only the direction of the business but also defining our family-oriented culture. He was the heart and soul of Enoch.

After retiring from Enoch in 1988, Seth filled his retirement years with volunteer work at Grace Baptist Church, Camp Arrah Wanna, and Meals on Wheels, and participated in International Ministries mission trips.  He lived a full life and we will miss him dearly.